This blog was initially started with the idea of posting about anything in general, but today, it has turned into one that is dedicated to books and reviews and anything related. We are bookaholics and would love to spread some of the book magic around.
The blog is part of many book review sites and blog sites/networks. The blog is also listed in the Book Reviewer’s yellow pages. Anyone out there who wants a book reviewed, you just have to ask. The reviews will be completely honest and exactly what we think. We will also post the reviews on amazon, flipkart, goodreads and any other site you may ask of us as well as share the review link on twitter. Getting the word out there to people about any book is what we would love to help you do.
Drop a mail to reviews.redpillows@gmail.com and we shall get back to you!
Follow the blog tweets on https://twitter.com/redpillows91
We strongly believe in the saying that “a book is man’s best friend”.
Reviewers: Namrata Ganti and Shreyas Shenoy.

‘Let’s Be Gay in Whitley Bay’ is the old advertising slogan for Whitley Bay, but it sounds so wrong now!
Whitley Bay is a beautiful beach resort which was a hive of activity during the 1900s, but these days many people are jetting off to distant shores for their holidays, which makes it a great place to relax, walk on the beaches or sea front, have a drink, have breakfast or lunch in one of the many cafes, or saunter around the lovely shops. There is also St Mary’s Island to explore, a golf course (along the sea front), a caravan site and amusement arcades too!
The Whitley Bay Playhouse has recently been refurbished and many shows are held there. You can visit the stately Delaval Hall with its historic past or maybe you fancy ice-skating? Well, there is even an ice rink where I used to skate when I was young!
The views around the coast are stunning and there are loads of photo opportunities. There is a Whitley Bay Metro station with a loop line to Newcastle and loads of buses pass through the area so access to this lovely town is easy. Whitley Bay is walking distance to Cullercoats village which is walking distance to Tynemouth and to the north, Seaton Sluice and Delaval Hall, that’s if walking is of interest. There are loads of lovely B & B’s to stay in as well.
15. Apr, 2016 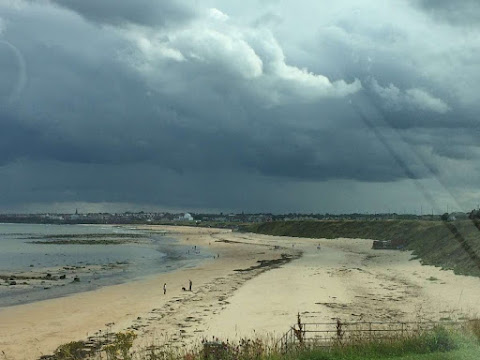 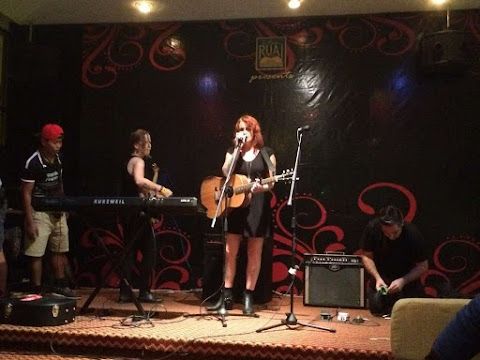 This year we celebrated Country Music from USA, Australia, Singapore, Indonesia and Malaysia in our 3rd Fest. What a great success! It was such an overwhelming success that the dates for Miri Country Music Fest 2017 have been announced. It will be over two days, 25th and 26th February.
This year’s Fest was held on 29th February in the Parkcity Everly Hotel, Miri. This hotel has a large pavilion which is perfect for events like this and is also used for wedding dinners and other such events.
The Country Music Fest’s performers started arriving a few days earlier and two nights before there was a big get-together of the many who were involved, in a popular meeting place, Ming Café. The place was full of happy people eating, drinking and enjoying the live music from some of the performers.
On the night before there was a cocktail reception held in the Ruai Lounge of the hotel. The performers were all there and once again there was a great live pre show for us all to enjoy.
The actual day started with Vocal harmony workshop by OS Pombos from Kuala Lumpur, Malaysia. Real Country Hour by 2Country4Nashville, USA (this would be played on a radio show in USA). Line Dancing at the Pavilion. At 5.30 the Concert started. We arrived at sunset and were just in time to see another magnificent sunset from the grassy area outside in the grounds of the hotel, which are set by the sea. There was a Bucking Bronco, Bouncy Castle, various stalls selling food, drinks and souvenirs, stalls selling promotional items for the performers and giant Cut Outs of the performers for a great photo opportunity! Giant screens were set up for those who wished to sit outside and enjoy the lovely breeze and happily it did not rain.
The atmosphere was great. There were people everywhere dressed in Country style and inside the Pavilion the music started with the line-up:-
The Mountain Wind Band from Sarawak, Malaysia
Jonathan Tse from Koto Kinabalu, Malaysia
Leonard And The Country Riders from Singapore
Ruby Boots from Australia
Tatowi Yahya from Indonesia
2Country4Nashville from USA
OS Pombos from Kuala Lumpur, Malaysia
Also, Rani Tofani, Asif Pishori and Mel Ferdinands.
This fabulous line-up and the whole event was headed by Gracie V. Geikie. Gracie and her Miri Country Music Fest Team did an excellent job of making the Fest a resounding success. Everyone had a great time and there was a lot of dancing and singing from the happy audience. Many had travelled from a long distance to be there.
We are really looking forward to the next Country Music Fest set right here in Miri, Sarawak, Malaysia. If you love Country Music, it is not to be missed!
Start typing your update here
Lesley Tan
Comments...
Entertainment Directory - List of entertainment related UK companies https://g.page/Graytoon/review google.com, pub-2922916383782862, DIRECT, f08c47fec0942fa0